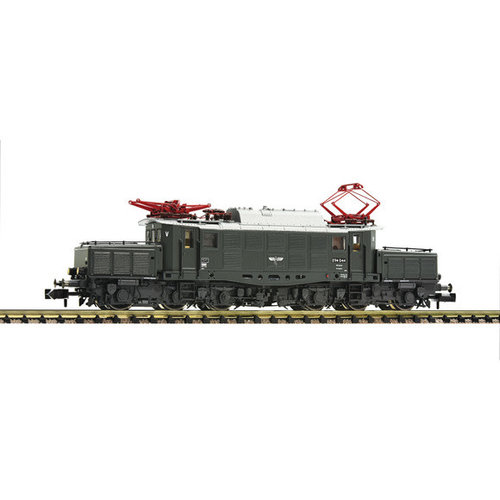 Model in grey livery which features the imperial eagle "Reichsadler".

Motor with flywheel. Drive on four axles. Two traction tyres. Coupler pocket according to NEM 355 standards with close coupling mechanism. Dual headlights LED that change with the direction of travel.

Prototype: The enormous traffic growth in the second half of the 1930s required shorter travel times of the passenger and freight trains to relieve the railway lines. After the electrification projects had come to a standstill in the wake of the economic crisis, new plans for the electrification of the main lines were envisaged, of which, however, due to the war, not all were implemented. By the end of 1937, therefore, a supply contract for the developement of the new series E 94, on the basis of the E 93, was signed with the company AEG.