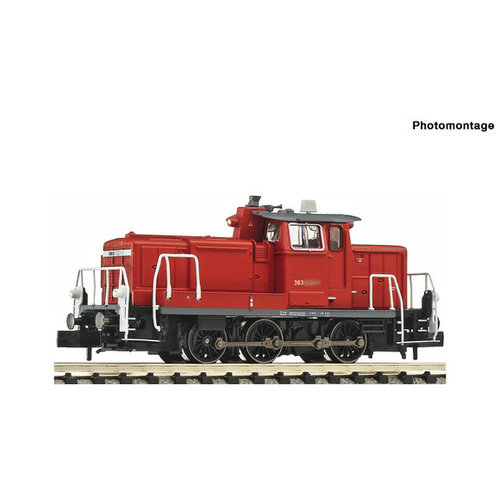 In order to remedy the lack of powerful shunting locomotives, the German Federal Railroad bought the locomotives of the V 60 series from the mid-1950s onwards. These machines, which can be found in almost all German shunting yards, reached a maximum speed of 30 km / h in the shunting movement and 60 km / h in the route . At the beginning of the 1990s, the first considerations were made to remotorize some machines with a modern motor. From 1997, only machines that had already been converted to radio remote control were equipped with a Caterpillar engine and redrawn to the 363 series.