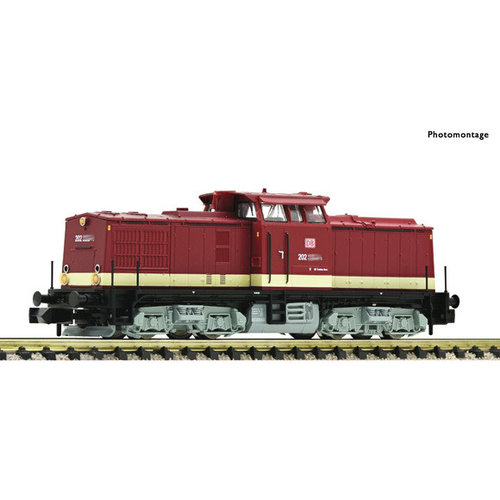 Finely detailed version of the BR 202 (ex DR-BR 110) with still burgundy housing and new logo of the DB AG.

As a trial, the Deutsche Reichsbahn in the former GDR in 1972 initially equipped three examples of the BR 110 with a 1200 hp diesel engine, which also proved its worth in express train service. Like other components, the fluid transmission was adapted accordingly. Between 1981 and 1990, further conversions (approx. 500 locomotives) to 1200 hp (883 kW) were carried out in the Raw Stendal using the 12 KVD 18/21 AL-4 and AL-5 engines. At DB AG, the converted locomotives were listed as BR 202.